The Riverwalk located on the Allegheny River between the right and center field bleachers, is a popular place for the fans to enjoy great ballpark food and the dramatic view of downtown Pittsburgh.

In an effort to freshen up the original traffic coating that we installed during the inaugural season, CPS was retained once again by the Pittsburgh Pirates to completely remove the existing membrane and install a new deck coating system in order to protect the ballplayers vehicles that are parked below.

After the existing material was removed with hydrodemolition equipment, our crews routed and sealed more than 15,000 lineal feet of cracks, shotblasted the surface and installed a heavy-duty traffic coating manufactured by BASF Chemical Company. The system consisted of a primer, two elastomeric base coats, and two abrasive resistant top coats. Working around the clock, the project was completed on-schedule without disrupting the daily activity of the stadium. 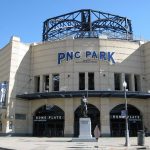 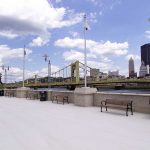 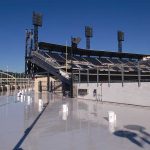 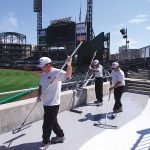