Because of our experience working with the engineer and stadium personnel on previous projects, the Steelers retained CPS to replace the architectural expansion joints in the club level, suite corridors and press box in 2009.

The work consisted of removing the existing joint material, repairing the concrete block-outs, leveling the surface in both directions to maintain compatibility with the new carpet, and installing a seismic expansion joint with stainless steel cover plates. Due to the complicated directional changes, a custom expansion joint system was engineered specifically for this project by Watson Bowman.

In 2010, CPS was once again retained by the Steelers to replace sections of concrete and metal decking on the four pedestrian ramps. After the structural repair work was completed, the existing joint sealant material was replaced and a heavy duty traffic membrane system manufactured by Neogard was applied to all elevated concrete ramp surfaces. 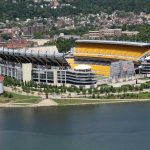 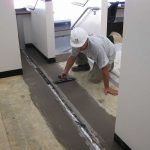 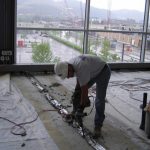 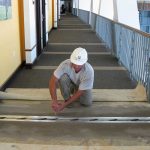